How we came across the Bulford Kiwi

This story was unknown to us, along with most of the population of NZ it seems, until we stumbled upon it on our Wings & Wheels tour in 2017. The story is told in detail in a deeply researched and intriguing book by Colleen Brown.

We were enjoying morning tea with our group at the Museum of Army Flying near Stonehenge and came across a local publication called “Drumbeat”. There was an article in it about the Bulford Kiwi being a local site of huge importance to New Zealand and how the connections forged 100 years ago are still strong today. This intrigued us and once back on the coach, the decision was unanimous that we go adventuring and try and find it.

The Bulford Kiwi is a large carving in the chalk on Beacon Hill, created by NZ soldiers at Sling Camp awaiting repatriation after the First World War. The kiwi is 128 metres long, with its beak extending 45 metres and the ‘NZ’ letters standing 20 metres high. Shouldn’t be hard to find!

We knew that Sling Camp was originally part of Bulford Camp, just 15 minutes away from Stonehenge, and armed with the picture from Drumbeat, we set off. Sounds easy but bearing in mind that we were in a 48 seater coach, driving round the tree lined camp, reversing in and out of local shooting ranges, stopping at the gate house and not getting much help, after an hour we were ready to give up. The drive around had been revealing though. There were obvious connections to NZ with many Kiwi named streets and the Kiwi Primary School.

Then, a glimpse through the trees, revealed the Kiwi in chalky relief up on the distant hill. It was quite a moment. 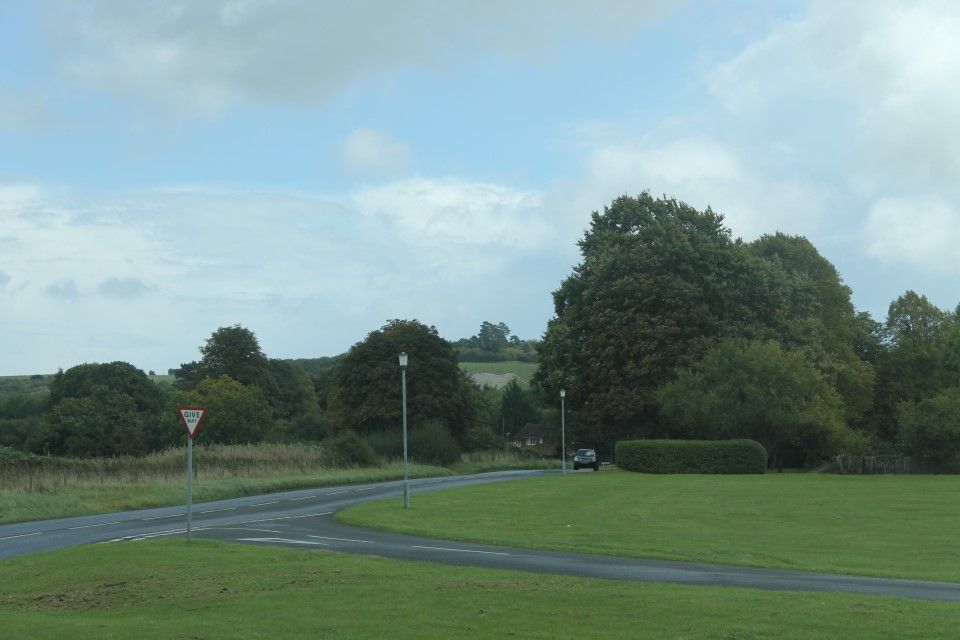 Not as spectacular for us from our vantage point as it would be for many, but we had found it, and we are happy to have brought the story home at the time when it was just beginning to become widely known through Colleen’s book.

How the Bulford Kiwi came to be

In early 1919, quite some time after the victorious troops had returned from Gallipoli, Sling Camp was full of soldiers awaiting repatriation to NZ. However, due to industrial action by British port workers, unreliable ships and an inefficient NZ Ministry of Defence, this was not happening. By March, the influenza epidemic in the overcrowded camp, the harsh winter conditions and sheer boredom led the men to riot, as a result of which 8 were jailed for mutiny. The camp commander realized that something had to be done and as a distraction, set the men to work carving the 30cm deep Kiwi into the hillside.

Creating the Bulford Kiwi took 3 months, covered 18,000 sq m and was finished in June 1919. The last NZ troops left the camp in November, a year after the Armistice.

During the Second World War the kiwi was covered up so that it couldn’t be used as a marker by German aircraft, and then fell into disrepair over the years until in 1980 it was uncovered, cleaned up again and it is now regularly maintained.

100 years of history have recently been recognized with the unveiling on 28th June of a sign at the base of the kiwi monument, which has become an emblem of hope, endurance and remembrance, sitting under the watchful eye of the British Army. 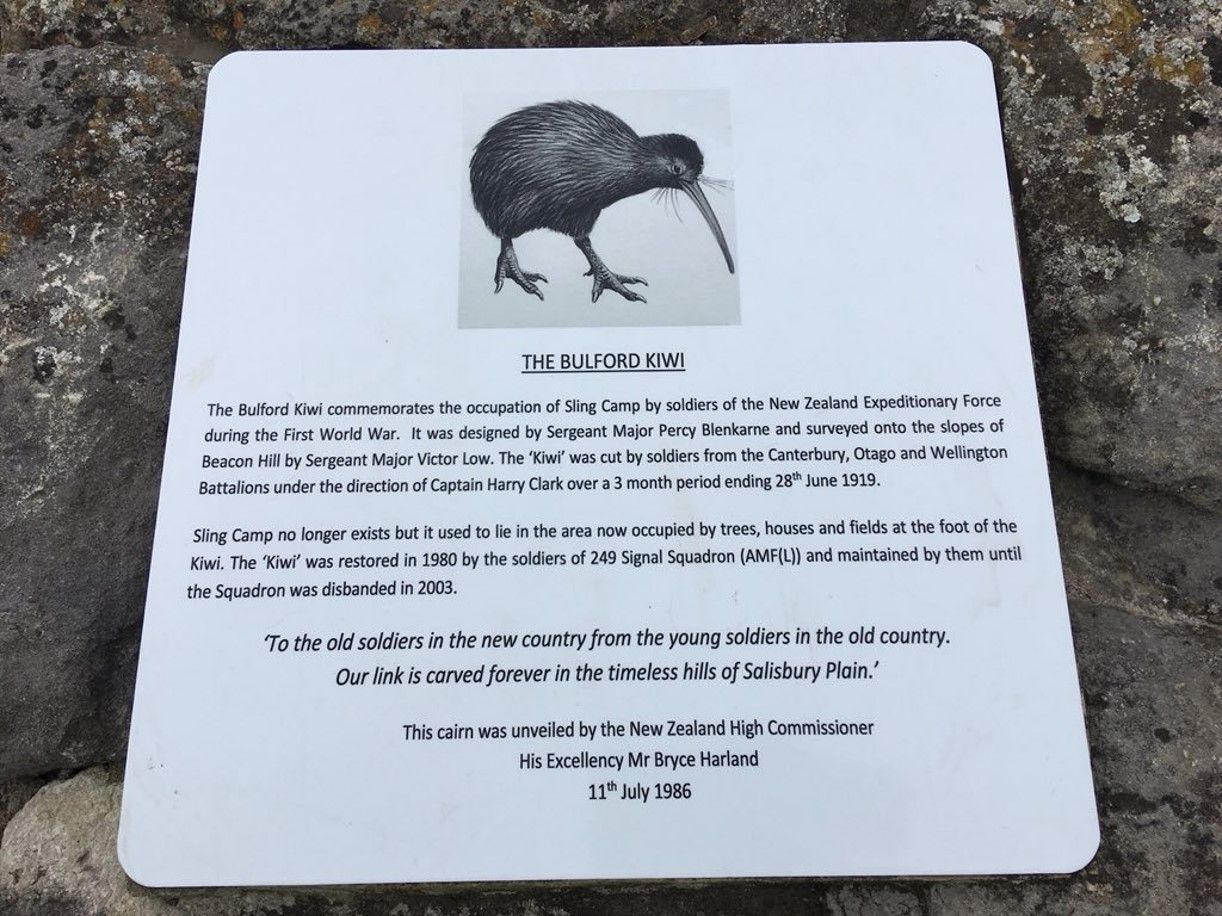 The Bulford Kiwi is now formally listed as a protected historical site by Heritage England and is part of the Ngā Tapuwae “Follow in their Footsteps” New Zealand First World War Trails.

Colleen Brown’s book is called “The Bulford Kiwi, The Kiwi We Left Behind” published by Bateman Books

Join the facebook group for some history and beautiful pictures. https://www.facebook.com/groups/1974700616111994/about/

Wings over the Outback 2019

Spitfires in the UK