Woodbourne near Blenheim is home to a unique experience, a “Virtual Flight” in the resident Argosy, the last of its kind in the world. This historic twin-boom aircraft is open daily 10-4pm and sits alongside The Runway Café.  There are no flying Argosies left anywhere in the world, so the “virtual flight”, which includes cabin service, refreshments and inflight entertainment, is the only way you’ll ever get to feel what it was like to fly in her. With a wingspan of 35 metres – bigger than a Lancaster bomber - “Merchant Enterprise” is the largest retired aircraft on display in New Zealand. 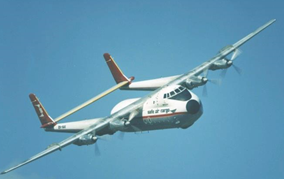 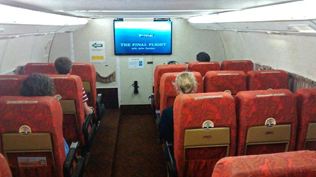 The Argosy Trust acquired ZK-SAE in 1991 when plans were afoot to scrap the last two left in New Zealand. It was parked up in a paddock for 8 years with some preservation work being carried out, before returning to the SAFE Air workshops for external restoration. During this time, a new home was being built and the aircraft was finally towed down State Highway 6 to its final place at Woodbourne in November 1999. 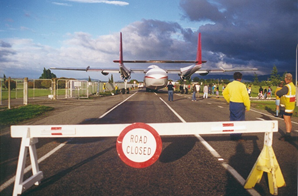 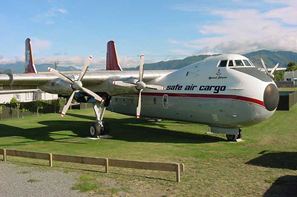 Argosy aircraft ZK-SAE and its sister ship ZK-SAF flew for Marlborough-based airline SAFE AIR (Straits Air Freight Express).  SAFE was established in 1950, crossing Cook Strait with a Rail-Air service that connected the North and South Island railway systems from its start through to 1986. The company initially operated Bristol Freighters with a combined air freight and passenger service using a unique removable passenger capsule. Their sole passenger service was to the remote Chatham Islands.

From 1974 SAFE operated two much larger Armstrong Whitworth Argosy aircraft with a more comfortable passenger capsule based on the cabin of a Boeing 737. 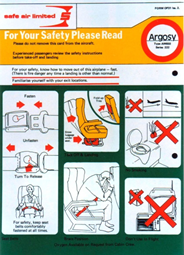 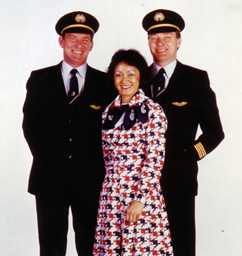 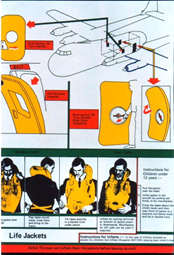 SAFE subsequently merged with Air New Zealand until in August 1990 it was announced they would cease flying and become an Engineering only operation. The company was later sold to Airbus NZ and the name finally disappeared in 2018.

After 16 years of service, ZK-SAE made its last flight on September 30th 1990.  The whole Safe Air story is told by broadcaster John Gordon in the television documentary “The Final Flight”, by filmmaker Paul Davidson.  In making the documentary, Paul came to know and appreciate the aircraft’s historical significance, and on learning that it was to be scrapped, purchased what remained from the company.  He later moved from Wellington to Marlborough and has tended to the Argosy ever since. 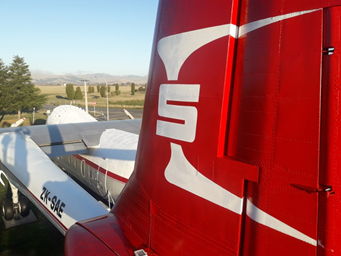 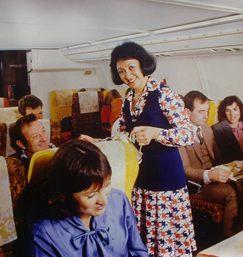 The “Merchant Enterprise” was to become world-famous after the sighting of alleged UFO's over the Kaikoura Coast in December 1978.  Piloted by Captain Bill Startup, the aircraft was followed up and down the coast by bright moving lights, also being tracked by radar.  A reporter and film crew were on board, and managed to film the lights complete with a running commentary. The event caused a media sensation, but the New Zealand Ministry of Defence attributed the sightings to lights from squid boats reflected off clouds, unburnt meteors, or lights from the planet Venus, trains or cars. These explanations were all strongly refuted by those on board, but the mystery remains unsolved.  Several books and documentary films have been made on the subject, including “The Kaikoura UFOs” by filmmaker and Argosy owner Paul Davidson. Nowadays you can revisit the UFO experience on board the actual aircraft involved. 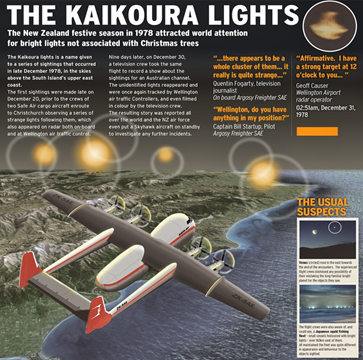 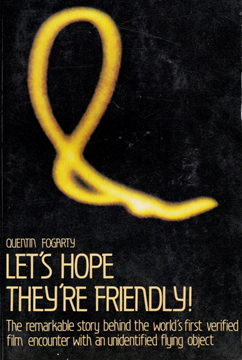 The Argosy aircraft, designed and produced by Armstrong Whitworth, was a British post-war transport and cargo aircraft.  Although given different internal design numbers, the AW650 civil and AW660 military models were almost the same design and shared the "Argosy" name, with 74 built in total.  The AW660 military version was distinguished by a nose radar dome and “clam-shell” rear loading doors together with increased engine power and increased fuel capacity. The 56 sold to the RAF served with six squadrons -  three in the UK and one each in Cyprus, Aden and the Far East.

The first Argosy flew on 8th January 1959 and the Series 100 civil version entered service across most parts of the world.  The Series 200 came later with a larger freight hold and enlarged front and rear doors to enable it to carry standard size cargo pallets. The series 200 also had a lighter redesigned wing increasing the maximum range and Rolls-Royce Dart 532/1 turboprops. Only seven of the 200 Series were built – including the two which flew for Safe Air – and ZK-SAE “Merchant Enterprise” is now the only one of this type left.  All others either crashed or were scrapped, with only a part fuselage and wings of ZK-SAF left in a farm field - within sight of its sister ship here at Woodbourne. 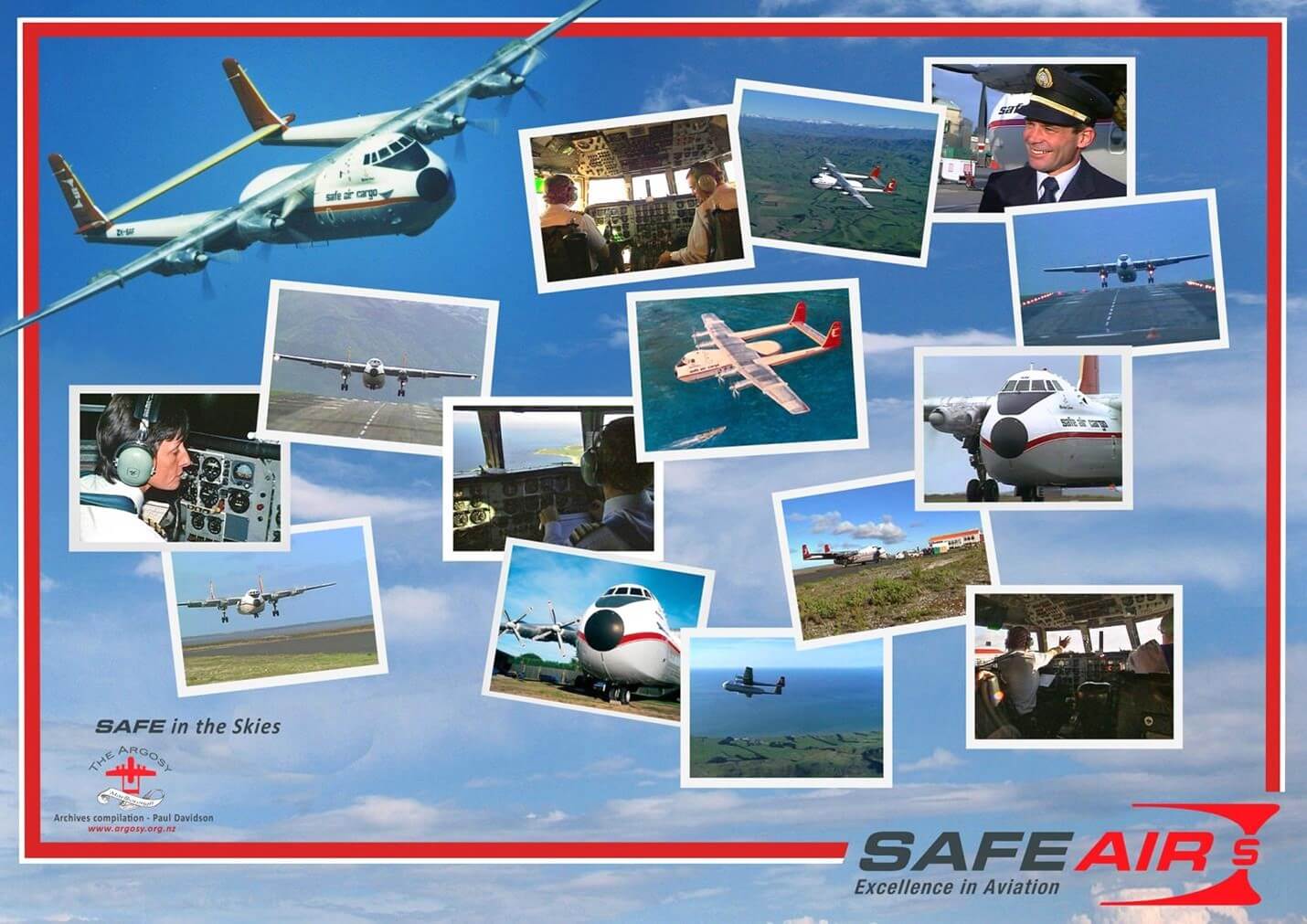 Find out more about the Marlborough Argosy ZK SAE at https://argosy.org.nz/